Thank you all!   Please sign up to continue receiving my newsletter below.  The winner of the $25 Amazon gift card will be drawn on Monday, May 28, 2018.  Thank you! 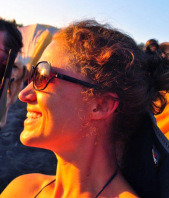 I found Viniyoga by chance really.  I was taking my second yoga class at a gym in West Seattle.   As I was sitting cross-legged on the mat, I got a whisper from someplace deep inside, and I felt this random yet strong urge to ask the teacher where she received her teaching certification.  I normally tend to be someone who errs on the quiet side, never really asking too many questions, often the observer in the back of the room. On this particular day, for reasons unbeknownst to me,  I could not leave class without asking.  As other students were coming in and getting their mats, I went up to her and just asked.  With a big smile she replied, “Whole Life Yoga” and continued with an explanation that it was a studio off of 85th and Greenwood that teaches the Viniyoga lineage, and was taught by Tracy Weber.  I gratefully said thank you and proceeded to practice for the next hour and fifteen minutes trying not to think about rushing home to look up Whole Life Yoga on the internet.  A few days later I was meeting Tracy to discuss the possibility of taking her teacher training course starting a few weeks later.

One of the things that was extremely intimidating to me about practicing yoga was also why it  took me a long time to actually get on the mat.  I assumed the stereotype that everyone had to obtain a certain ‘level’ and be extremely flexible was real.  I’m a runner, hiker, triathlete, and overall, I was pretty much born with tight hips, hamstrings, and quads.  In my head, I thought I’d never obtain this ‘ultimate’ level of yoga.  Little did I know there was a lineage that was just right for me and that was Viniyoga.  What really set Viniyoga apart  from other lineages were the four main key differentiators: adaptation (function over form), repetition and stay, movement with the breath, and sequencing.

Tracy invited me to try a class and from that moment on, I realized that yoga is more than just being of a certain flexibility.  It’s a way of being and can fit into everyone’s life, regardless of their flexibility.

Here is a little more about each of the differentiators:

Adaptation of poses – “Function over Form”: Vinyoga is about adapting the pose to meet the needs of the individual.  We all have very different bodies and it is important to find what works for your particular body and work from there.  Viniyoga’s focus is on the function of the pose and adapts the form of the pose in order to suit the needs of the body.

Use of Repetition and Stay: In Viniyoga we use repetition (moving in and out of a pose) combined with staying in a posture (staying in the pose after proper preparation).  Repetition increases circulation to the muscles, and alternately contracts opposing muscles as we move in and out of the pose.   Extended stay in a pose after some repetition allows easier lengthening of the muscles after they have been properly warmed up.

Sequencing: Viniyoga uses  detailed principles of sequencing that determine how we put the asanas (poses) together.  Each pose is viewed in relation to the poses around it, and also in relation to the intention of the overall practice.

I am a firm believer that everything happens for a reason or to teach you a lesson.  That day in the gym opened an incredible door in my life. One that I walked through and have embraced wholeheartily every step of the way.

One of my favorite yoga quotes is “If you can breathe, you can do yoga.”   Since yoga is ultimately the connection of body, breath and mind, anyone can do it and everyone can benefit from a well designed practice. We often confuse yoga in the West with asana (yoga postures), which is just one of the tools of yoga. Yoga encompasses that and so much more—meditation, pranayama, ritual, chant how we relate to others and our world,  and the list goes on.  So YES, anyone and everyone can and would benefit from doing yoga.   Even asana, which is in many ways the simplest of yoga tools, can be done by anyone if appropriately applied.  That’s what I love so much about the style we teach at Whole Life Yoga, viniyoga.  The word, translated, simply means “proper application and adaptation.”  Which means that the yoga can be applied and adapted to every individual.

How one approaches yoga may, and likely will, change over time.  In our younger years (the sunrise stage of life) our yoga may be more fitness and form oriented.  As we age to the mid-day stage of life, it will likely become more therapeutically based with an increasing focus on breath and pranayama.  Finally, as we approach our sunset years, our yoga may take us ever more internal through meditative practices.   These practices help us stay healthy while we live in this world while simultaneously preparing us for the great transition to the next.  But regardless of age, body type, injury, fitness level or  goals, yoga is a tool that that can help anyone! 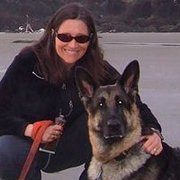 I came to yoga much like I came to writing this, my first blog post.  Kicking and screaming.   I was in my mid 30’s, a manager at Microsoft, and I had been struggling with severe back pain for several years.  When people told me I should try yoga, I laughed and told them “I can’t possibly do yoga, I’m not flexible enough!”  Plus I had no desire to get into the woo woo world of gurus, gumby-like body positions, and new age mumbo jumbo.   I was happy in my stressed-out fast-paced world, and I had no desire to change it.   If you’d told me yoga was going to change my life, I never would have tried it.

I still don’t know what made me try that first class after so many years of prodding, but I’ll never forget how I felt after.  I went home and said to my husband “I now know what the word ‘yoga’ means.  Much pain.”   That first class just about killed me.  But oddly enough, even though my body hurt worse after class than before, my mind felt ever so much better.   For that reason more than anything, I kept going back again, and again, and again.

That particular yoga style wasn’t right for me, but I eventually found the Viniyoga lineage.  Over time as my mind continued to heal, my body more slowly followed.   Pain diminished, strength returned.   I learned that yoga isn’t about achieving a “perfect” pose.  It’s about adapting the pose so that you can find the perfection within your own skin.     And  that the true meaning of the word “yoga” is union.  Union of body, breath, mind and spirit.  A transformation from a place of mental confusion and chaos to one of clarity and greater peace.

That’s ultimately what hooked me, and what gets so many of us coming back to yoga even on days the definition of life itself seems to be “much pain”.  I can’t easily explain how it works (even though I’ve studied the teachings), but I can say from practical experience that it does.   Ultimately I didn’t so much find yoga as it found me.

The rest, as they say, is history.   I left my high tech world and opened  Whole Life Yoga.  Ten years later we’ve had the blessing of teaching thousands of people, hopefully many of whom we’ve helped.  Now I find myself in this odd new place of stepping into a world I promised I’d never go – writing for a blog.  Back to the world of technology and reaching out to you through cyberspace.  Isn’t it funny how things seem to come full circle.

Whole Life Yoga’s blog won’t just be by or about me.   In it, we will introduce you to many in the lovely community of yogis that is Whole Life Yoga.  Over time, you will hear from many voices about what makes yoga and Viniyoga special.  I hope you enjoy it.