I’m guest blogging this week on Inkspot, the blog for authors at Midnight Ink.  Check it out and learn the answer to a question you might be thinking: Why does a yoga teacher write stories about murder?

Writing about yoga, dogs, and murder….What could be more fun? 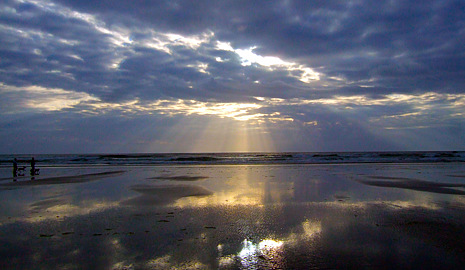 In last week’s blog, I shared some of the benefits of a consistent mediation practice and briefly discussed Herbert Benson’s early research.  This week, I’d like to prove how simple an effective meditation technique can be.

The meditation below was used in Benson’s research.  I’ve stolen it from his book The Relaxation Response.

If it seems like I’ve been writing about meditation a lot lately, I have.  But only because I strongly believe meditation has the power to transform your life and the lives of those around you. 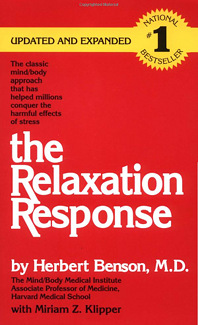 What if there was an exercise that you could do for as little as ten minutes a day, three times a week that was proven to:

Would you do it?

Better yet, what if you could do this exercise virtually anywhere—at home, riding the bus, even sitting at your desk at work?  And what if you never even had to break a sweat?

That exercise not only exists, it’s been used for thousands of years.

I’m talking, of course, about meditation.

Meditation has been studied extensively in the West, much more so than yoga’s other tools.  Herbert Benson, a researcher at Harvard Medical School, was one of meditation’s research pioneers in the 1970s.

Studying something as New Age as meditation wasn’t exactly kosher forty years ago, so Dr. Benson worked under the cover of darkness. He snuck experienced meditators into his research facility late at night, measured physiological markers, and mapped brain wave patterns.  The results were impressive. Meditators showed measurable changes in brain wave activity that allowed them to manage the stresses of life much more effectively than non-meditators.  Benson called meditation’s health and emotional benefits “The Relaxation Response.”

Many other researchers—including Joan Borysenko, Jon Kabat Zinn, and Dean Ornish—have replicated and expanded on these results. Their work has shown that a variety of meditation methods are equally powerful, and that effective meditation doesn’t require hours of time, a Zen-like yoga space or Tibetan master teacher.  To meditate, you simply have to sit quietly for ten minutes a day, three times a week and focus on a word, phrase, idea, or image.

Start with this simple breath focused meditation or go online and Google the word “meditation.” You’ll find literally thousands of sites with hundreds of techniques, one of which is bound to appeal to you.  Of course we also offer a Meditation 101 class at Whole Life Yoga, and my Yoga for Anxiety class teaches meditation techniques that have been proven to reduce anxiety.

Give it a try.  I think you’ll be surprised at the results! 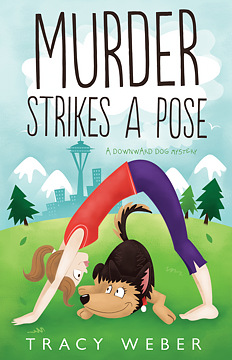 An author recently asked me to share my secret. How, she asked, did I find a publisher for my first novel, MURDER STRIKES A POSE, only four months after completing it? Since I’m a yoga teacher who writes yoga-related mysteries, she assumed I had used some voodoo-like yoga practice to manifest success.

I’m afraid I disappointed her.

Yoga does help my writing. Practicing asana allows me to type for hours in spite of back and shoulder injuries. Meditation clarifies my mind and unleashes my creativity.  Yoga philosophy encourages me to persevere, regardless of the outcome. But nothing in yoga is magic, and my road to publication was far from quick. Getting my three-book deal involved a multi-year journey of doubt, procrastination, perseverance—and a lot of help from my friends.

I never intended to become an author. I admired the self-discipline of my writer friends, but investing years of time and energy into a project that was likely to fail seemed, well, crazy.

Kate is a lot like me: well-meaning and kind, but also opinionated and stubborn. She popped into my head one day, firmly took root, and insisted that I tell her story.

I tried for over three years.

The measly 900 words I typed during those frustrating thirty-six months were so bad that I finally deleted them, certain that I was a writing failure. If it weren’t for the constant encouragement of my students and friends, I certainly would have given up. I told everyone I knew about the story, secretly hoping they’d hate the idea. At least then I’d have an excuse to stop obsessing about it.

Finally, someone suggested that I attend a local writer’s conference. While there, I took seminars on writing and networked with other neophyte authors.  I emerged from that experience with enthusiasm, energy, and a wealth of new knowledge. Just three weeks later, I did what I hadn’t been able to do in three years: I finished the first draft of my novel, MURDER STRIKES A POSE.

By the time I finished the manuscript just before last Thanksgiving, I had several agents interested in reading it.  Four months later, I signed with my publisher, Midnight Ink.

The moral of my story?

Don’t give up on your dreams. Persevere, even when you think it’s pointless. Never underestimate the power of positive feedback.  Hang out with others who share your passions.

Above all else, tell people about your story.  They might just convince you to write it!