Every Day’s a Gift

I’ve thought about writing this blog post for years. I finally did it the other day while I was sitting at the vet with Tasha (the inspiration for my mystery series) and waiting for her to go in for an MRI.  The lesson was powerful for me, and I hope it someday helps you, too. Then again, perhaps you’re smarter than I am and don’t need it.  😉

Love comes to us in packages we don’t expect—some we may think we don’t even want.

But our life together has been far from easy.

When she was four months old, Tasha started exhibiting significant health and behavior problems. In spite of the best veterinary care, four trainers and three animal behaviorists, by the time she was two, the problems had gotten worse. Euthanasia was mentioned more than once as a reasonable option.

I never considered it.

Then she hit age three, and we had a particularly bad day. I remember thinking that night—perhaps even muttering it out loud—that my life would be easier if Tasha died.

Tasha and the universe discussed it for two weeks, then decided to grant my wish.

The only noticeable symptom on the Wednesday before Thanksgiving eight years ago was that Tasha didn’t want to go on her afternoon walk. By six that evening, I cradled her head in my hands and told her I wasn’t mad at her anymore. At eight, I told my husband, “I have a bad feeling about this.” He thought she was fine, but didn’t argue. We took my lethargic-but-otherwise-healthy-looking dog to an emergency vet.

Then she handed me a hospitalization and surgical estimate for an amount most people would pay for a used car and gave us a choice: pay and take our chances, or euthanize. Tasha wouldn’t live the night otherwise.

Euthanasia was not an option.

I collapsed sobbing outside the clinic, convinced that I had made this happen. That my stupid, not-even-true wish was going to take my dog’s life. My husband, being smarter than I, said something like, “Well, if you wished this, take it back!”

I never prayed so hard in my life.

By midnight, Tasha had obtained two blood transfusions so she’d be stable enough for surgery. At three a.m., I received a call saying that she had survived surgery. Forty-eight hours later, the vets let her come home and agreed that she would live provided there was no cancer. The cancer-free biopsy came back a few days later.

I could finally breathe again.

Why do I write about this? I will never forget that night or the gift of getting my girl back. She mellowed as she got older and the behavior issues lessoned significantly, but no matter how bad the day—and there have been a few bad ones since then—I have cherished my girl.

Every night I say a prayer thanking God, the universe, and whoever else is listening for giving her back to me. I know that every day I’ve had with her since then has been a gift. Each prayer ends with the mantra, “May Tasha have a long and happy life.”

We all have days that seem unbearably tough. Times our loved ones disappoint us. Times we disappoint ourselves. My challenge to each of you is to find gratitude—and express it—even on those days.

Every one of them is a gift. 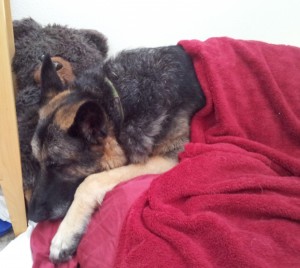 Today is my weekly posting for Inkspot, the blog for authors of Midnight Ink.  I’ve thought about writing this blog post for years. I finally did it the other day while I was sitting at the vet with Tasha (the inspiration for my mystery series) and waiting for her to go in for an MRI.  The lesson was powerful for me, and I hope it someday helps you, too. Then again, perhaps you’re smarter than I am and don’t need it.  😉

Check out Tracy Weber’s author page for information about the Downward Dog Mysteries series.  A KILLER RETREAT and MURDER STRIKES A POSE are available at book sellers everywhere 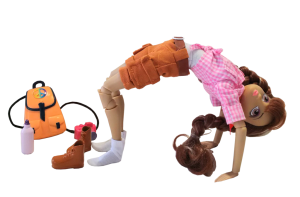 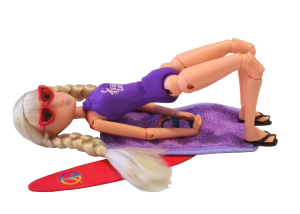 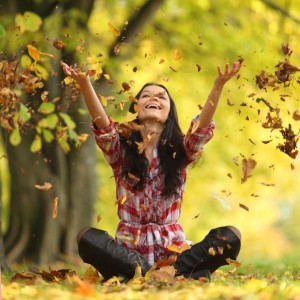 We all have within us the ability to experience joy, if only we remember to look for it. The meditation below is one of my favorite tools for clients experiencing anxiety or depression. I recommend keeping a journal nearby, so you can write down thoughts, ideas, and commitments to yourself when you finish.

I hope you enjoy the practice! 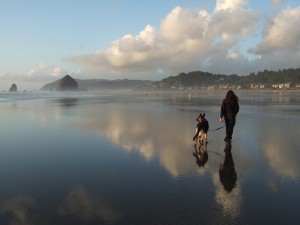 Why is it that every time I write about life’s suffering, I’m thinking about my dog? I adopted Tasha-dog eleven years ago this week. I was missing something in my life, though I wasn’t sure what, exactly.  I had a lovely husband, a fulfilling career, four (yes four!) cats, and lots of friends.

But I was still lonely. I had been pining for a German shepherd for approximately thirty years, since my family rehomed the German shepherd of my childhood. My visions of Tasha were laughable, in hindsight.  Perfectly behaved, she’s not. Healthy, she’s not. Cat loving…well, let’s not even go there. She was everything I thought I didn’t want, but ended up being exactly what I needed, and more.

She is the biggest source of joy in my life.

And the source of my most debilitating anxiety.

The other night, I was thinking about how many times Marc and I have almost lost her, due to the many diseases she’s had to live with or overcome.  Her imminent death has been predicted countless times, by vets I usually ended up firing.

But now that she’s eleven years old in a breed whose average lifespan is ten to twelve, even I have to admit, she’s approaching the sunset time of her life.  In the past three weeks, she’s been plagued by a neurological issue of unknown origin.  It may resolve; it may not. It may stay the same as it is now, or it may decline until we have no choice but to end her suffering.  We continue to do tests, but as of this writing, all is one big unknown.

Oddly enough, the most challenging part of this for me is that her neurological status cycles, and my mental health seems to cycle with it.  One day she seems better, the next worse. One day I’m optimistic and happy, the next, devastated.

The Yoga Sutras clearly predict my suffering. You see, I’m attached to this girl. I hesitate to say she’s like my child, because that’s not how I think of her.  But she is as important to me as any living being has ever been.  And I will inevitably have to say goodbye. I knew that the day I adopted her.  As crazy as it seems, I signed up for this.

My work now, as Tasha and I walk down this sunset path together, is to not be attached to the good days, because the good days won’t last forever.  If I can somehow learn to be present without gripping the good, perhaps I’ll have more peace during the inevitable challenges.

Then again, maybe I won’t.

Maybe grief is simply part of life’s process. Another obstacle to overcome that helps us appreciate the blessings of life while we have them.

Regardless, the Sutras say that meditation helps overcome suffering, so it’s time for me to reignite my practice.  If you care to join me, this is one of my favorites.

If you’re willing, please send Tasha happiness, her doctors wisdom, and me peace.