Hi all! I’m still recovering, day by day, from my collarbone fracture. In the meantime, life seems to be going full speed around me. We’ve started our fifteenth yoga teacher training, and our first family photo is posted below. As always, I am impressed by the caliber of the people that are drawn to study this work and excited to grow with them over the next year. 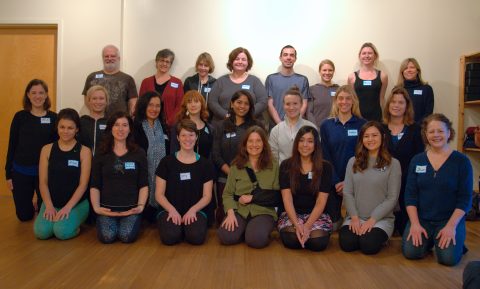 To make my Sunday even more special, my newest book, Pre-Meditated Murder, was reviewed in the Sunday edition of The Seattle Times.  Adam Woog calls it “[A] lighter-than-air and thoroughly enjoyable mystery. https://www.seattletimes.com/entertainment/books/cozy-up-with-cozy-mysteries/

And, last but not least, please join me this Saturday, February third, from 1:00 to 2:00 PM at the Edmonds Bookshop, where I will be signing books, giving one-armed hugs, and generally having a good time.

I hope to see you there. 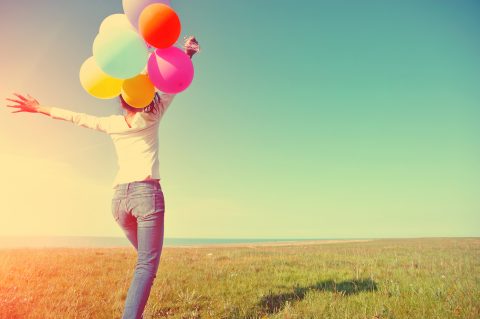 I’m taking a quick healing break to update all of you on my book launch and yoga news. I’m still healing from my broken collarbone and won’t be teaching group classes at the studio for several more weeks, but every day is a day closer to when I’ll get to hang out with all of my favorite yoga students again. My fifteenth yoga teacher training class starts this evening. Wish me luck, and please send my students patience as I demonstrate how to teach while also trying to take care of a broken body.

If you want to come see me in person—and I hope you do—please join me to celebrate my book’s birth at the Edmonds Bookshop on Saturday, February 3rd, from 1 to 2 p.m. I’ll be giving real-life hugs, signing books, and generally having a fabulous time.

The rest of the book launch for Pre-Meditated Murder is going on as scheduled, and the reviews from my first blog tour are pretty fabulous. I’ve copied the below from the tour host’s page at Great Escapes Blog Tours. Check out the page at this link and enter the Rafflecopter drawing for a free copy of the book.

These characters are realistic, fun, smart, determined and very centered most of the time. I love the role Bella plays in each mystery. ~Escape With Dollycas Into A Good Book

Starting and ending with romantic surprises, this yoga-centric novel takes the reader to unexplored locations on a roller coaster emotional run. ~Laura’s Interests

PRE-MEDITATED MURDER is a compelling read. Expectations of love are challenged and explored in this multilayered mystery. ~Cozy Up With Kathy

Okay, I just totally fell in love with this book!…  There is quite a bit of drama, a captivating investigation, and a heart-wrenching finale that kept me hooked until I ran out of pages to read. ~Books a Plenty Book Reviews

I love this series. I never expected that Michael had a secret wife. I’m not sure I liked that twist, but I couldn’t stop reading. I just had to find out how it would all end. I was completely engrossed in this one. ~Socrates’ Book Reviews…

I loved Rene, Kate best friend, she is brave, funny and I would love to read more about her! ~Varietats

That’s all for now. Much love to all of you, and I hope to see some of you on February 3rd. 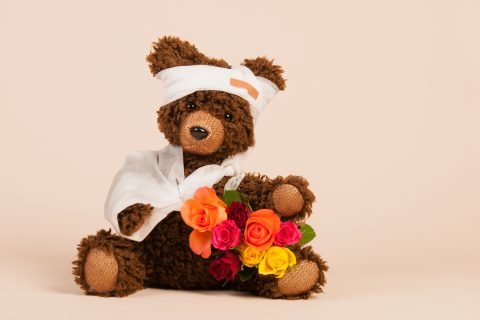 Hi everyone. I’m going to be on a blog holiday of sorts for the next few weeks as I recover from a broken collarbone. Sheryl Stich is covering my classes. I’m still starting yoga teacher training a week from today, and I’ll be back teaching at the studio hopefully sometime in February. In the meantime, send me lots of good bone knitting thoughts, continue your yoga practice, and if you want a dose of my voice, check out my newest book, Pre-Meditated Murder.

Be well, lots of love always. 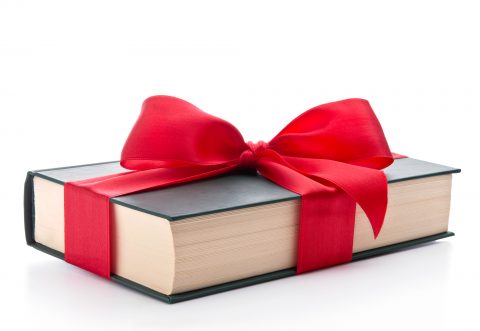 Today is the official launch date of my newest Downward Dog Mystery, Pre-Meditated Murder! I’m knee-deep in Launchville for the next two weeks, and I hope you’ll join me!

Here are some opportunities:

We’ll be partying like teenagers from 5 -7 PM Seattle time tonight, with prizes, games, excerpts, and lots of virtual hugs!  Join the fun for five minutes or the full two hours!  All you have to do is click on this link and join in!

Interviews, spotlights, reviews, and articles.  All at your fingertips!  Tour runs from January 8 – 21.  https://www.escapewithdollycas.com/great-escapes-virtual-book-tours/books-currently-on-tour/pre-meditated-murder-downward-dog-mystery-tracy-weber/

Book Signing a the Edmonds Bookshop!

I’m cutting back on book signings this year (too much to do!).  However I couldn’t miss out on my favorite bookstore, the Edmonds Bookshop.  Come see me on Saturday, February 3 from 1:00 – 2:00 PM.

I hope to see you at some or all of the events above.  In the meantime, please get your own copy of Pre-Meditated Murder, available at all booksellers, including the ones at the link below.

Remember, if you can’t afford to buy the book, asking for it at your local library is awesome! 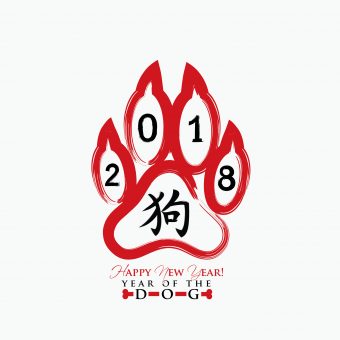 Happy New Year, everyone!  Today is exactly one week from the official launch of my next Downward Dog Mystery, Pre-Meditated Murder.  In honor of the new year, I’m going to give away an awesome coloring and activity book called Moments of Mindfulness to one of the readers of my blog. After all, who doesn’t want to start the new year with a little more mindfulness? 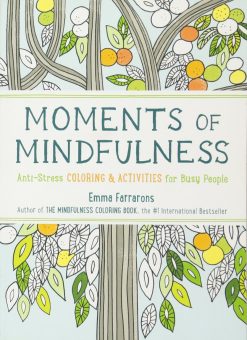 To enter: Read the five snippets from Pre-Meditated Murder below, and pick your favorite.  Leave a comment below saying which one you chose and why.  Don’t forget to leave your e-mail address so I can contact you if you win. Winner will be selected on launch day, next Monday, January 8!

Rene yelled from the front door, “Kate, get in here!”

She didn’t have to ask Bella twice. Bella lunged towards Rene’s voice, practically dislocating my shoulder. I slipped and slid and tried to hold on as she dragged me through the front door and down the long bamboo hallway.

The metallic clank of the leash’s clasp hitting bamboo interrupted my sentence. One hundred pounds of pure German shepherd bliss galloped down the hallway, leaving me in a horrified silence punctuated only by the scrape of German shepherd toenails against flooring. Not a single room escaped Bella’s inspection. A long drink from the guest bathroom toilet, a dig in the family room’s rug, and a joy-filled roll on a bedroom’s queen-sized mattress later, Bella flopped on the deep red couch across from the living room’s stone fireplace. A storm of silky black undercoat snowed down on the fabric around her.

He took a deep breath. “Stay here.” He strode toward the two women without looking back.

I pulled Bella’s leash tight and marched behind him. Gabriella glanced at me curiously. When her gaze flicked to Michael, she jolted, then froze, hands suspended mid-gesture. She didn’t speak, so I tried to read her facial expression: wide eyes, tense jaw, open mouth.

She had to be, of course, but I read something else. She certainly didn’t seem happy. If pressed, I’d have said her expression looked an awful lot like fear.

Bella stopped lunging and whipped toward the child. The ecstatic toddler bee-lined it toward Bella, across the busy parking lot. The blue Chevy Malibu (driven by the male teenager that had been making out earlier) sped toward him, seemingly unaware that a child was careening toward his front bumper.

In a freeze-framed moment of gut-wrenching clarity, the teenager’s face twisted in horror. He slammed on the brakes and the car flew into a skid. I dropped Bella’s leash and dove for the child, praying that Bella wouldn’t go after Gabriella again. Tires screeched on pavement. Burning rubber stung my nostrils. My knee scraped painfully against the sidewalk, but I grasped hold of the child and yanked him toward me.

As the twilight darkened, so did Bella’s mood. Every shadow became danger; every person, a potential threat. Leading her was like walking unexploded ordnance, apt to go off at any second. She snapped at a man with a goatee and lunged after a beagle. She body-blocked me from a dozen perceived evils, including a downed piece of driftwood, a man on a bicycle, and a white plastic grocery bag floating along the shore. I shortened her leash and wrapped it tightly around my wrist. “No off-leash time for you tonight, Missy Girl.”

I looked down at the mantle and realized what Shannon hadn’t wanted me to see. A shrine to a life that Michael claimed had never existed. My own metaphorical spine shattered, slicing my heart into pieces.

In the eight-by-ten portrait farthest to the left, Gabriella smiled at the camera, wearing the white cotton dress she was wearing in the wedding photo taped to Crystal’s mirror. She held a vibrant bouquet of yellow, orange, red, and pink Gerbera daisies. Michael gazed adoringly at her in a black tux with a yellow Gerbera daisy boutonniere. In the photograph next to it, the couple shared a wedding kiss so romantic it made my stomach churn. Next up was a four-photo collage. Michael and Gabriella on the beach, cuddled next to a campfire, hiking in the forest, clinking champagne glasses. If Michael and Gabriella’s life together had been the sham Michael claimed it was, why did it look so real?

Vote for your favorite in the comments below, good luck, and Happy New Year!

PS–Want your very own autographed copy of Pre-Meditated Murder? E-mail me at Tracy@TracyWeber.net. I have a box hot off the press that I’m selling for $15.99 plus $3.99 shipping.  First come first served!