Unless this is the first time you’ve visited my blog, you probably know that my husband and I adopted an all-black German shepherd pup named Ana this past August.  One of the many joys of puppy ownership is watching how fast they mature and grow.  In Ana’s case, it’s all about the ears.   Below I share a 3-month timeline.

To make it a little more fun, let’s make it a contest!  Comment on the blog with your favorite by midnight on Midnight on December 25.  Santa will send one lucky winner their choice of any of the four books in my Downward Dog Mystery series, including A Fatal Twist, which launches on January 8! 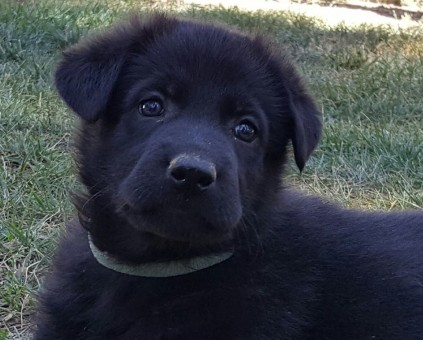 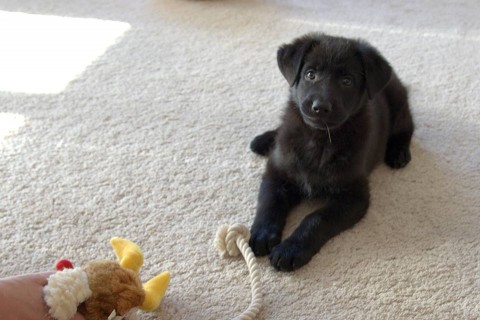 Ana ears 2: August 15–the day she arrived at our home. The carpet hasn’t been clean since! 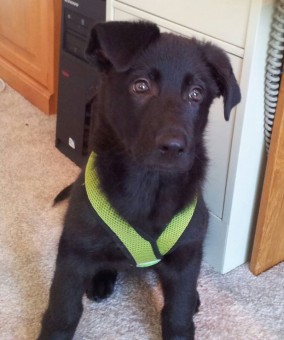 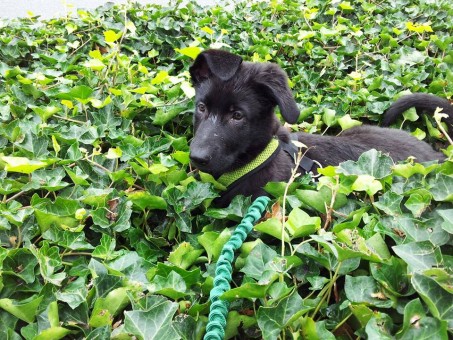 Ana ears 4: September 6th. Maybe I should have named her Ivy! 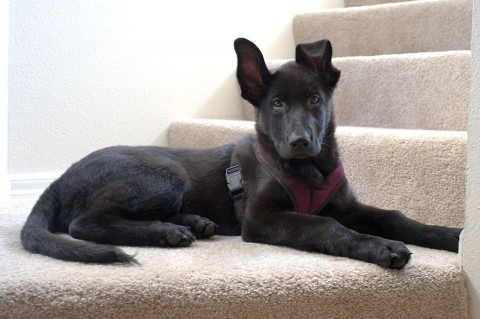 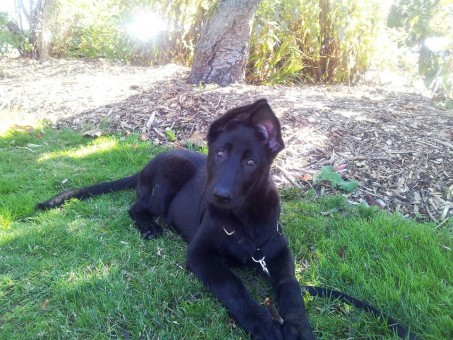 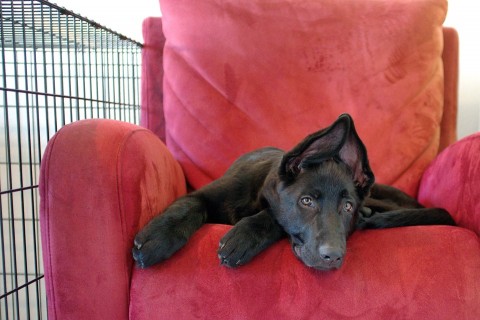 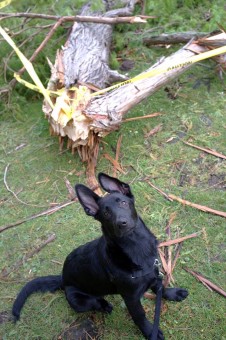 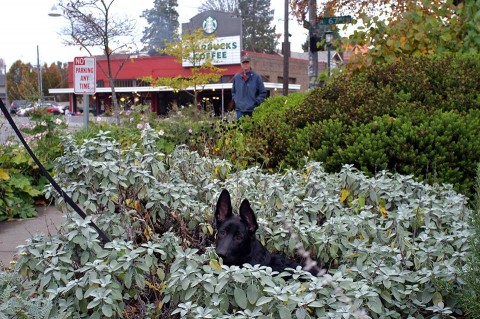 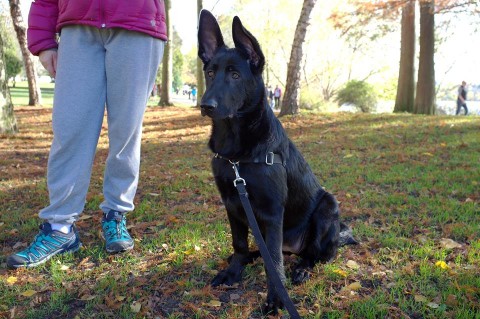 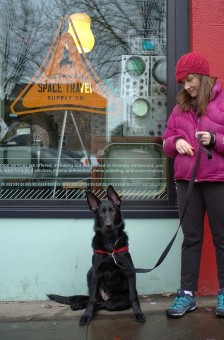 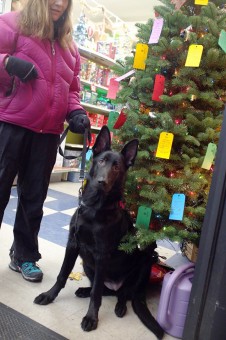 Ana ears 12: December 4th. Ah, perfection. And just in time for the holidays!

Isn’t the speed of her development amazing?  Don’t forget to vote on your favorite in the comments.  Include your e-mail address (i.e. Tracy(at)WholeLifeYoga(dot)com) so I can contact you if you win.