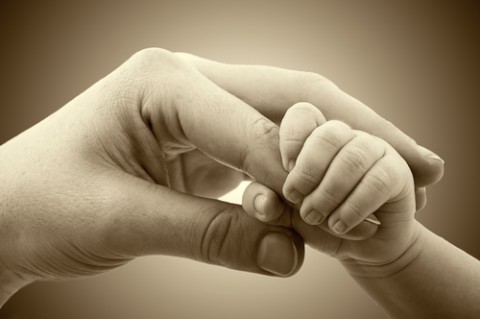 Today’s my day to blog at Inkspot, the blog for authors of Midnight Ink.  I’m discussing my experience as a birth doula (limited though it may be), how it transformed me, and why I chose to write about being a doula in my fourth Downward Dog Mystery, A Fatal Twist. 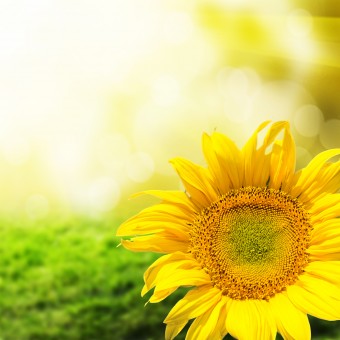 I’ve been feeling uninspired lately. Lots of reasons, none all that compelling.  But compelling or not, they have temporarily eclipsed my drive to write.  So today’s blog will draw from the words of two people much wiser than me.  Two people who have influenced my yoga style, my teaching, and my philosophy of life, even though I never studied with either of them directly.  Those of you who follow my yoga teacher/sleuth Kate’s adventures, these are the same people who influence her.

If you’re curious about Viniyoga and its key tenants, the words of Krishnamacharya and his son Desikachar (both who devoted their lives to this work) express its power better than I can ever hope to.

Teacher training students and grads, hopefully some of this sounds familiar.

On the Purpose of Yoga:

May each of you find inspiration wherever you can.

Last week I wrote about the loss of one of the greatest loves of my life, my German shepherd, Tasha, who was the inspiration for my Downward Dog Mystery Series.  Specifically, I wrote about how through her bravery, I learned how to love again.  Today I’d like to share some of the lessons she taught me. I actually wrote this to Tasha as we lay in bed together on one of her last nights, but I waited to post it until now.  Wherever she is, I hope she doesn’t mind my sharing. 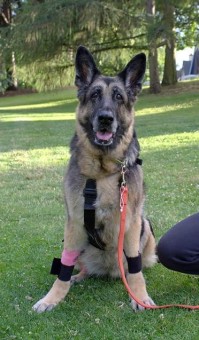 Tasha Dog–still happy ten days before she passed. There’s a lesson in that, too.

Lessons You Taught Me.

As we lay here together, we both know our time left together is short.  Being with you now is a privilege, and it reminds me of all of the lessons you’ve taught me over our past twelve years together.

I have a few requests for you as you move on to your next journey.

Goodbye Puppy Girl, my sweetheart, my love. Thank you for gifting me with almost twelve years of your presence. I will always love you; always miss you. But I am forever grateful for the gift of you in my life.

I recently asked my Facebook followers what they’d like to read about on my blog. Not surprisingly, they wanted to hear about Ana.  She’s been a huge part of my life since I adopted her in August, and of course people want to hear more about her and her antics.  Her penchant for eating $20 bills. Her Houdini-like escape maneuvers. Her ability to outsmart me (and her trainers) at literally every turn.

A couple of people asked me to write about something that surprised me, though. They wanted me to share how I got over the death of my heart-dog, Tasha, so that I could so fully commit to Ana. 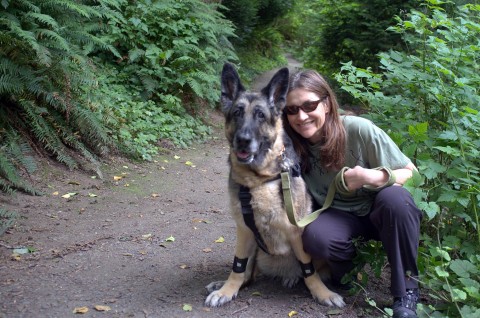 Tasha, you see, was my life for twelve years, and anyone who spoke to me for more than ten seconds knew it. I adored her. I lived for her. I built my life around her. I didn’t think I could survive without her. Literally. I told my husband that when Tasha passed, he’d have to take time off from work to put me on a suicide watch. He believed me. He even warned his boss.

But when Tasha passed, life went on.

I spoke about it with Marc over dinner tonight, and I honestly don’t know how I healed from Tasha’s death. Maybe I didn’t. Or maybe I grieved early. I worried so much about Tasha’s passing—lived it in my head for the last years of her life—that when it actually happened, I was devastated, but not lost, at least not permanently. I fought and fought and fought and fought to keep her with me.  So hard, that when the battle was over …

It was just over.

Maybe I was saved because her death was so beautiful. At home, with those she loved, without intervention, without suffering.  The most important people in her life came to visit during her last week to say their goodbyes. She ate a meal three hours before her death and jumped up to bark at her vet—who made a weekend house call to check on her—a half hour after that. In her final ten minutes, my husband held her head while I rubbed her feet and assured her.  No one could hope for a better goodbye.

Then again, maybe it’s because I knew that I’d have to go on without Tasha someday. In spite of a savings account worth of tests, we never found out what was wrong with Tasha during those final months. But as I examined and re-examined all of those “normal” test results, I couldn’t feel reassured. I knew deep in my heart that something was wrong with my love. Absent a diagnosis, the only thing I could control was what I’d do if she left me.

So I planned for the future. I spoke with about a dozen German shepherd breeders, not feeling any more reassured than I did from Tasha’s medical tests. I had lingering concerns about all of them. 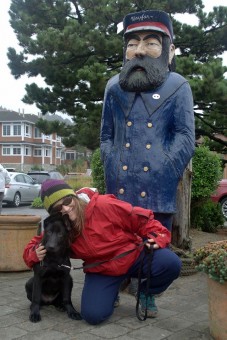 Two days before Tasha passed, I was referred to a breeder who was perfect. Miraculously so. She normally had a long waiting list, but given my circumstances, she agreed to hold a four-week-old puppy for me, even though we knew I might not be able to take her. I sat down with Tasha that same day and told her, “I don’t want you to leave. I want you to stay with me forever. But if you’re tired—if you’re ready to go now—I’ll be OK.”

I think Tasha had held on for me until that moment. In fact, I know she did.

A few people—one quite unkindly—have told me that I didn’t adequately grieve before I got a new puppy.

I hope this post doesn’t sound dismal, because I certainly don’t feel that way. I feel content. Next week, I’ll post  some of the lessons Tasha taught me. For now, let me say this: The greatest lesson of all is that love is worthwhile, in spite of the inevitability of loss. And the best way to honor the one that you’ve loved is to do it all over again.

And maybe, just maybe, you don’t have a single heart dog. Maybe you have two.