This week’s blog entry was written by guest author Jacqui Trent. Jackqui is a current student  of Whole Life Yoga’s teacher training program.  She  can be contacted at jacquitrent@gmail.com. 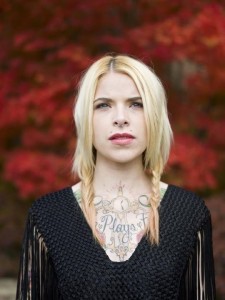 Like so many people in America, I was drawn to yoga as the next big workout craze.  Boasting arms like Jennifer Aniston and abs like Madonna, yoga promised a “hot bod” – something very appealing to a twenty one year old with a poor body image. So for the next couple of years I took classes on and off at my gym.

I enjoyed it, but I wasn’t getting enough out of it.  Going only when I felt like it, i.e. when I was feeling really “fat”, I didn’t have a strong practice.  The teachers at the gym were good teachers, but they were restricted.  They couldn’t teach pranayama, bandhas, or anything related to yoga that wasn’t a pose.

And then my husband lost his job.  The next two years were really tough.  Things were tight and the stress really ate away at me.  Going against what everyone I knew told me, I took on the stress of two jobs.  Working twelve hour days baking and cleaning houses. It was draining and the extra income wasn’t easing my stress level like I had expected.  Finally the stress was eating away at me and I knew I had to do something. A we search led me to a local yoga studio that offered two months of unlimited yoga for the price of one.

Almost immediately after my first week I was hooked.  My body took to the practice right away and I loved how much better I felt. Leaving my stress at the door and just focusing on me for that hour was amazing!  I was taking most of my classes from the studio owner; she became my favorite. I loved her classes.

I had been with the studio for a few months, when my instructor announced that she would be conducting her first teacher training program starting in January.  Recently I had been considering teaching yoga and was thrilled to get the chance to learn from her.

However, shortly after the program started I wasn’t as excited.  Let’s just say that the training was supposed to last fifteen months and we didn’t even make it half way.  For many reasons it became a toxic environment and we finally had to dissolve the program. We kept telling each other it was going to get better, but in reality it was only getting worse.

I found out about the viniyoga training through one of the amazing woman with whom I bonded with during this experience. She had found out about Tracy and Whole Life Yoga and had joined her upcoming training program. It started in two weeks and encouraged us to contact her.

At first I didn’t know if I was ready. I was so shaken from my last experience that my practice had suffered. I’ll admit I knew nothing of viniyoga, and didn’t know if I should join a program that was foreign to me. After I heard about its therapeutic qualities, I wondered if this wasn’t exactly what I needed.

I still have a lot to learn about viniyoga. This lineage is so different from any style I’d ever tried. My prior knowledge was more focused on form and adjustments. Sometimes the benefits would become compromised when you’re trying to achieve the perfect form, not paying attention to what’s going on in the body.  I really appreciate the fact that there is much more of an emphasis on the benefits of a pose, not making it perfect.

The pace is different from what I’m used to as well. People, including myself, seem to be caught up in the newest yoga fad of a fast paced flow.  But I like that this style seems to be more mindful and intentional. I can’t see myself completely abandoning flow practice, but I do see how others, myself included, can benefit from a viniyoga practice.

The opportunity to study viniyoga came to me at a time when my own practice was broken.  Just like it is used to rehabilitate someone with problems with their back, sacrum or hip, it’s become my tapas and reignited my practice.