This week’s blog entry is written by Kristen Nelson, a graduate of Whole Life Yoga’s 200 hour yoga teacher training program.  Kristen can be contacted at kristenyoga@yahoo.com 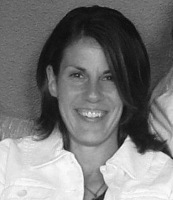 I recently volunteered to teach three yoga classes at the Air Force Combat Rescue Squadron in Oregon.  Having a brother who is a Major at this unit, I was on the schedule and couldn’t back out-or decide I was too nervous.

My first morning, I scanned the group–a few Pararescuemen (or para jumpers/PJs) and majority from their Combat Support Team. Overall the athletic ability would be diverse with a few major, past injuries thrown in.   One had bruised his spinal cord in a parachuting accident resulting in loss to his range of motion and strength.   My brother had torn his PCL and LCL in his knee, and suffered a compression fracture to his ankle.  These injuries would put the average person out, some crippled for life.  But giving up isn’t an option for them. Teaching the military was completely new for me but I knew they deserved the same care, the same conscious instruction I gave to anyone who came to my class.   As I introduced Viniyoga, its benefits and relevance, I worried there would be eye rolling and smug expressions.  But they listened.  Attentive and respectful, they tried everything I threw at them.

As beginning yogis, the pararescue guys were strong, supple and more flexible than I expected.   I was surprised at how easily my brother could get into pigeon pose, or how one guy, doing Cobra, without using arms, looked like he was pushing himself into Up Dog.   And here I am, saying, “Now, don’t strain, only come up as far is comfortable…”  One other guy had such a beautiful Bridge that I almost cried. But what was shocking… ask one of those elite pararescue guys to stand on one foot in Tree, and oh dear, our national security could be at stake.  Now, I wouldn’t normally make jest of a student’s weakness, but these guys can take it and I bet secretly, some are balancing on one foot when no one is looking.  One guy commented that while balancing, his leg felt like it was burning. It was obvious he was trying to ‘muscle’ his way through, trying to compensate for the weakness.  But he’s been trained to do exactly that-muscle through a challenge.  I know though, if I worked with this group regularly, it would be only a matter of time and they would be doing crazy stuff on one leg.

My hope, both for the pararescue guys who jump out of the sky and rescue people in all kinds of horrible situations, and to their support staff who are their bolsters, is that something about yoga sticks with them.  Working an unused muscle, relieving tension in their spine, or just giving them a bit of peace and quiet.  I believe yoga can help.

After I was there, there was talk about the unit doing yoga on a regular basis- to seek out a yoga instructor.  My brother also asked me to recommend a book to take with him on deployment.   He is taking Yoga For Your Life, by Margaret and Martin Pierce.  I like to think of him, far away, saying to his fellow Airmen, “Let’s begin by focusing on the breath.”  This brings me some comfort.  I hope it does the same for them.

3 thoughts on “Teaching Yoga to the Airforce”