As many of you know, I’ve been traveling to promote my most recent mystery. The greatest part of conferences and signing events is getting to know other writers and readers on a more personal level. I have to admit though, it’s challenging for me. I don’t like traveling without my loved ones, and I’ve already earned more than my share of frequent flyer miles.  Still, I’m forcing myself to get out there and do it.  Most of the time I feel great about my interactions.  Sometimes, I don’t.

This past weekend I had an odd conflict that ended badly.  No blows were thrown. Neither of us landed in a jail cell. But I’m pretty sure that a newly forming friendship was irreparably damaged. The argument started over dinner when a fellow writer animatedly criticized the presentations at a “new author” event. I pretended to take her words personally (I was one of the presenters) but that wasn’t the issue. I felt quite confident in my performance that morning.  Pretending to be personally affronted was simply the easiest way to end the discussion. Or so I thought.

My true emotion was one of protectiveness–like a grizzly bear defending her cubs.  Frankly, I was happy for my new author friends that morning. Public speaking comes easily to me. I’ve done it competitively since I was 14, and I make my living teaching. But for some people, it is terrifying. Finding the courage to present to  over 100 people can be a huge accomplishment. It’s easy for someone with greater experience to pass judgment on a newbie’s less-than-perfect job. It’s even easier to talk about it when the person being criticized isn’t  in the room.  But who does it help?

Believe me, I’m not the victor here, and no one who watched that interaction would want me as their role model. I suspect that if you asked five of the six people at the table, they’d tell you I was the one out of line. But there’s a lesson to be learned, and that lesson is worth sharing.  The yoga teachings on communication say it best.

Speak only the truth.

When the truth will cause harm, say nothing.

In hindsight, that’s what I should have done at that dinner. Said nothing. Even better, I should have simply found an excuse to leave the table.  And, as the Sutras also teach, my reaction said more about me than the person I reacted to.  Maybe I’m more like my protagonist, Kate, than I care to admit. It’s time for me to re-examine the other communications in my life.  I already see a few patterns that need changing.

How about you?  Are there times you should say nothing? 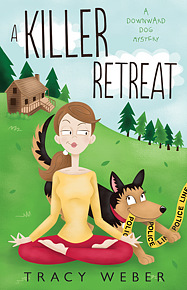 8 thoughts on “When the Truth Will Cause Harm, Say Nothing”